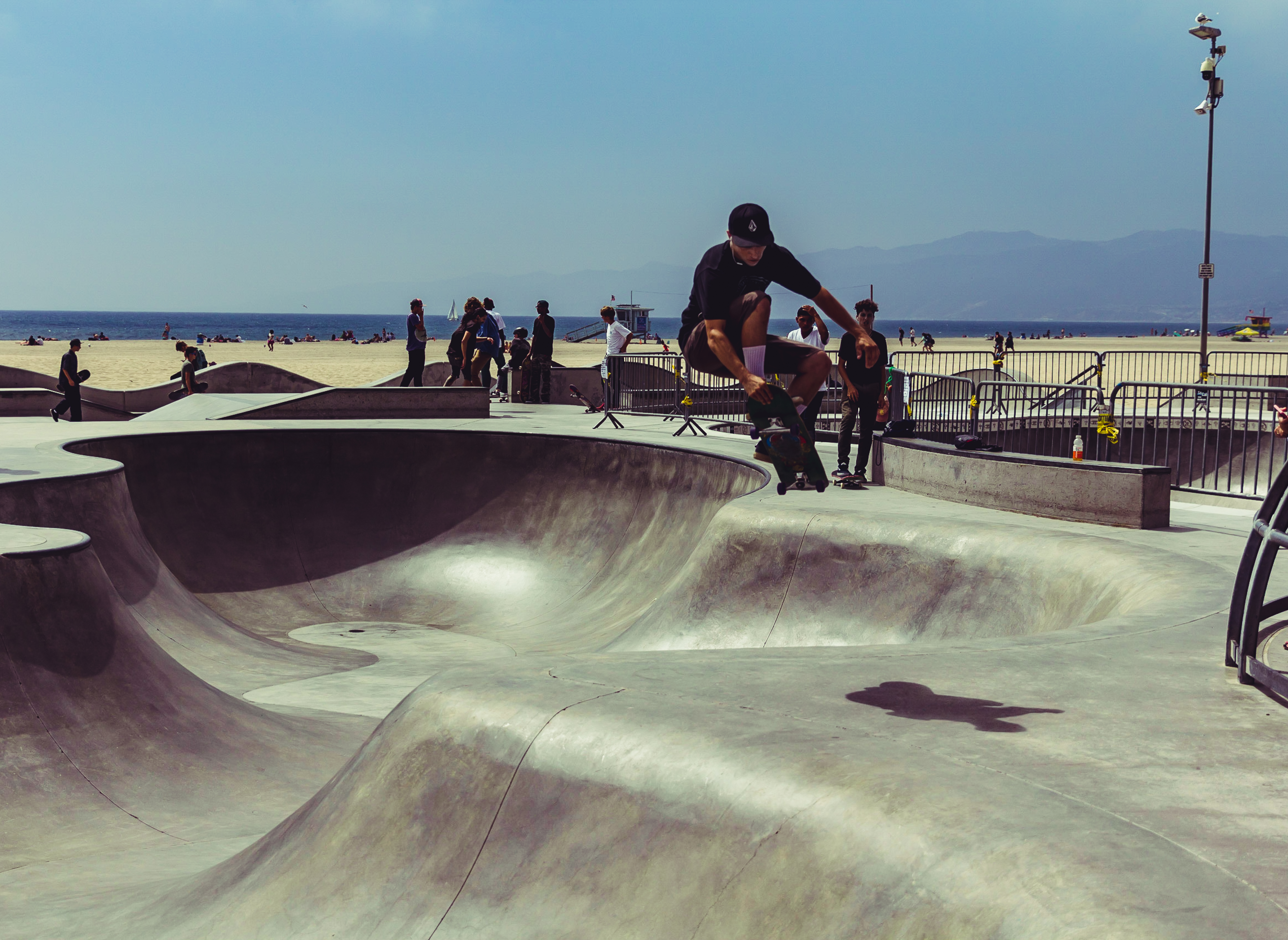 Advance: I have considered it convenient to alter the names -in one case, rather the suppression of part of a name- of the main characters of this story; a venal sin at best. In any case, the names matter little if the source of the story reflects the truth underlying the situation, and the reader will surely recognize the true identity of the characters if he so desires.

Twenty-five years have passed since this happened. When inquiring about this, I spoke to the psychologist who was involved in the case and asked him why he did what he did, and his response was: “For a bowl of soup, I gave up my career.” Very well said, I thought at the time. Because after he killed his patient, there were no more murders in Lima, Peru. But I’m getting ahead of my story. Let’s go back twenty-five years or so, in this reproduced historical fiction narrative (a depiction of what may have happened before his arrest).

It was a hot summer day in Lima, Peru in the late 1970’s, not sure why I was there, a place to be I guess, as good as anywhere. All I heard was a series of murders, and the police were finding body parts all over town. It had nothing to do with me, but I couldn’t help wondering what it would be like, being torn apart alive and my body parts buried all over the city, and then suddenly someone finding an arm or a leg and saying, “Hey, look here!” !” Everyone was talking about this mass murder that they nicknamed: “The Butcher of Lima.”

I confess, I couldn’t think of anything worse in the world.

I kept hearing about the Butcher, the Butcher, on the radio, on TV, in cafes and reading about him in the newspapers, as if there were no more news. He was the star of Lima, a celebrity. So it’s no wonder I couldn’t get him out of my mind.

Lima had its own problems, without this guy, I thought, and that was enough. It was 11:00 in the morning. I came out of a sweaty dream; as macabre as they get. When I went to look for a taxi to go eat at the cafe I usually go to in Miraflores, the streets were hot as a freshly fired gun. Dust from the wind swirled and blew in my direction.

I had eggs and lamb chops for breakfast; and behind the face of Marybell, my waitress, a young mother with twin children, quite pretty, she, like almost everyone in Lima, shuddered when I opened the newspaper to see the dirty deeds that the Butcher could have done. the previous night. I moved the paper around a bit, not looking at it too long, thinking that other people would think I liked reading such horrible crap, but they were all doing the same. Therefore, I didn’t leave the page where his dirty deeds were exposed for long.

(I knew something was wrong, my senses told me, they told me that these continuous waves of murders were too uncomfortable for me to let go, because the whole city was in shock about it. So I walked around the park area. in Miraflores, as if adrift, since I did the same in the Plaza de Armas a few kilometers away trying to think if I should look for my friends in the hotel and investigate more about this matter.)

He was supposed to have a long vacation, and some sort of job, too. She often tucked the two of them together. She was trying to finish a book that wasn’t really about a mass murder case. But this was becoming a concern for me nonetheless. I got some exposure as an American writer in Lima and a presentation of my previous book at a local bookstore. So I had press coverage, along with a TV interview and a short lecture at a university. This caught the attention of my colleagues in the hotel, and especially in the bar; the writers and reporters who were supposed to be covering this case: that being, The Butcher of Lima.

“Look at what’s happening in this country,” said one of the patrons at the hotel bar. “We can no longer walk the streets at night!” I really didn’t want to get into buying their tort, not for me, or for them. I just wanted to go and marry Ol-way; you know, from typewriter to typewriter, and from hotel to hotel; and leave the gray things to them.

There were six of us in the hotel, writers and reporters that I got to know; or so they all said that they were of this race. Anyway, we talked about the case at hand, the Butcher, that it would be good news if one of us found out who he was and ratted him out. For me, I informed them, I didn’t want to reap the benefits of finding out, I liked the slacker fare status. None of them seemed eager to investigate this case too closely, although all his expenses were paid for by his employer: two colleagues from New York City, one from Chicago, and one from Detroit; and yet another from the same Lima; and I from Little Old St. Paul, Minnesota.

So there were six of us in the hotel on the same floor; room by room, all facing each other; three quarters on one side and three on the other. It reminded me of an army barracks – beds and rooms stacked next to each other. Strangely, it was a hotel where women, single women were not on the same floor as us. And the rich were above us. I saw them as I left the hotel through the sunroof, yawning and stretching, trying to erase the drunken night.

It came to be, Diaz worried me.

I’m not sure where it came from, maybe Peruvian, that’s how it seemed at the time. He had a thin face, long tongue, always seemed to block his breath, and when he opened his mouth it was there before his teeth. He had shiny black hair. His mouth had a kind of arrogant sneer, as if the world was dumber than him, and he could outsmart them, if he wanted to at any given moment.

Diaz immediately pointed me out when I got to the hotel. He made me feel smarter than the rest of the media at the hotel. He’d sit next to me at the bar while we’d all sit and talk about newsworthy news, and he’d say to me in a low voice, sort of a whisper, say some witty, sarcastic comment.

He was conscious and criticizing others for not being able to find this mass murder, as if he could, if he tried. But he was as indolent as the others. However, I didn’t say anything along those lines, leave him where he is, I told myself. Let me repeat, he was not impressed with the lot at the hotel, including me, he once said, “…you are all elaborate decadence who is drawn to the cat of life.” Oh well, so be it, I thought to myself, maybe I was right. We all seem to be somewhat magnetic when it comes to gangsters and murder, making them celebrities if not heroes at some point. Like I said, I left him pretty much on his own and wondered if he was in his own category. Or he was too close to the mountain to see.

He had an interesting smile, which stuck with a kind of hypnotic force. He reminded me of a charismatic preacher who could change his mood to follow the sermon.

“You know, my friend,” he would say, “no one cares how this story ends, as long as expenses are paid.”

Diaz lit a cigarette, blew smoke in my face, I moved away a ting.

“You see how easy it is to make you move,” he said with an excited taste of veil of air in his stomach.

“I bet your ex-wife could control your every move,” he added with confidence in his countenance.

–The city and the summer did not help me much to tan, I looked as gloomy as any gringo, so white that is, as white as a ghost. The many conversations with Diaz made me a bit cynical, if not downright witty with sneering wisdom at my fingertips at times.

I didn’t know what was going to happen in the future, but I knew perfectly well that Diaz would make something happen, call it military intuition. He displayed unusual tendencies toward danger. He walked through the streets as if no car could hit him. He sat on the windowsill as if he wasn’t capable of falling off them. The list goes on, but I think he had blue blood.

morning in the cafe

One night I didn’t meet Diaz at the bar, and as I was reading the morning paper at my family cafe in Miraflores the next morning, my insides suddenly went numb, and the look on my face must have been twice as silly. Marybell nodded at me, wanting to know if she had wanted to order breakfast, as she sat me down in my chair in the outside cafe, informally; Her eyes followed mine to the paper, it was open wide on the table, I was speechless. She looked at me after looking and started laughing.

Laughter should have told me, but I said, “What’s so funny?”

The traffic around the cafe was moving slowly, horns blaring as usual, but I didn’t really hear much. He was sitting tight.

“That’s your friend Diaz, he’s… he’s the ‘Butcher!” She was internally in a panic that she could see.

To this day I can’t remember what I said, or even if I was smiling. I think I tried, which comes naturally to me. All I remember was the terrible silence that beat inside me, until someone said, “Hey you!” which woke both me and Marybell, and brought us out of our trance state.