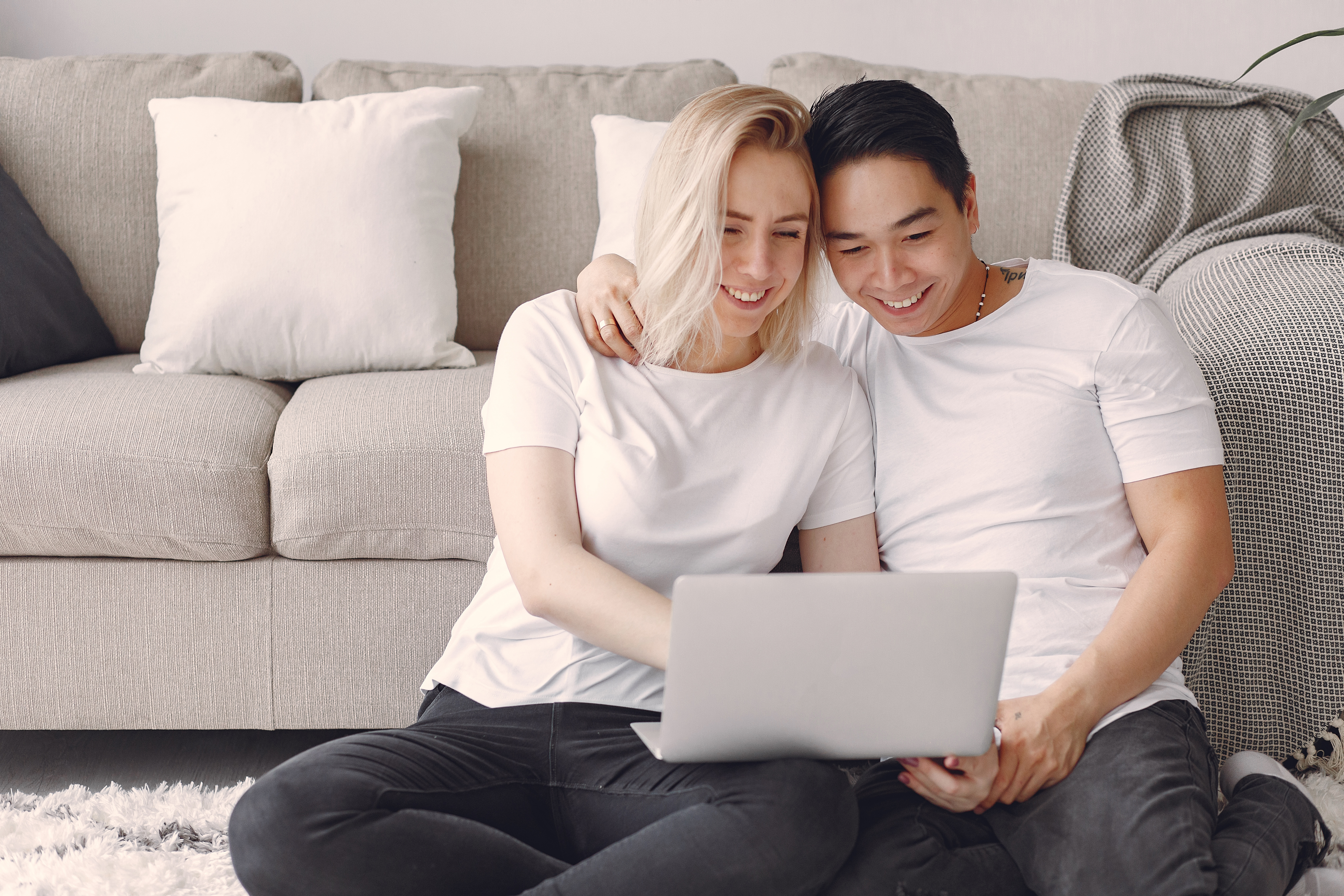 “Halcyon” is the name of a bird in Greek legend generally associated with the kingfisher. There was an ancient belief that the bird nested in the sea, calming it down to lay its eggs in a floating nest. Therefore, two weeks of calm weather were expected around the winter solstice. This myth leads to the use of halcyon as a term for peace or tranquility.

Halcion, with a different spelling, was a recently used drug for insomnia that was sadly still prescribed, though banned, as it sometimes induced violence while promoting sleep.

SUPERIOR NAZI: It was a floating nest in a sea that had calmed down, and we laid the eggs there even though what we had done was tried, and eventually you find out you’ve finished it, and you got the premise wrong. How I wanted to get there for you, but couldn’t find you because you were lost to me. Time is short and my once great role has slipped out of my hands. In the happy days of my youth, I was selfish and perhaps a selfish man. How is it that time slipped so suddenly through my still eager hands, with the dull hourglass overturned, the hands of the business clock stopped in arid time?

It was always a constant risk to avoid the holocaust at the end of our hour. We should have been boys, not men, since our ideals seem so naive now. In fact, we were real Aryans, and we were also inauthentic morons. We were stupid men, not really children, but stupid men with beautiful faces. Some pretended to be children or at least children and were not handsome because of what they did and have done, sometimes with us and on our individual behalf. We were superficial, but so were they. I am not sure that theorists will ever become practitioners of pure theory.

It’s a living contradiction to have perfection on your face all the time while your own sense of identity disappears into thin air.

I was drowning in the immense work of designing the images and even the role of the Golden Ario, who was our omnipresent creation, perhaps our Frankenstein. Overall, the golden nettle soup was a pot that I was boiled in. It’s a rich madness, a rich Nazi madness, that everyone sought the golden grail and cast her as a slave.

They were stupid men in their obsessive approach that excluded so much, the Nazis were, and I was one. Today I put on my wrinkled Nazi uniform jacket with much reluctance as it doesn’t fit me well and it’s suffocating around my neck because it’s too tight, too confined in my middle age.

I was falling when I saw you as you raised the gigantic golden aryan, the supreme supremacy, which represented and even blinded us to the real scintillating rays of an innocent sky, although now I have lost the light. The heavy weight of the beautiful and malevolent illusion has passed back into the present, and while I stand before you, we can put an end to the lethal travesty that these hardened opium drugs were for mankind.

YOUNG INTELLECTUAL: I was forced to drop the weight of the heavy golden anvil around my neck. As they tied it around my neck, the second group told me that I could take it off when it got too heavy. They said it was my choice as the golden anvil on my foot broke my son’s feet every time a foot and even my leg and killed me. Did he kill you too? at three years old, the first time maybe earlier.

I refused the anvil early and it was taken from me, brought to me at twelve, although I thought I was six or seven or even eight when I took it off my neck forever as the dying symbol and actual racial slavery that it was. No better than black slavery was gold to me, it was actually really terrifying to be such a lofty symbol of the beauty and virtue of the white race at such a young age, especially looking at some of the advocates of apartheid.

TOP NAZI: The golden river of Aryan supremacy is a river I can still hear and feel flowing over my head. The roar is so deafening I can’t sleep, and I’m drowning under the swollen river above me, walking so slowly to bear the weight of wet stones and baptismal water inside my strained, burned hands, every day. The horrible weight of rigid and demanding superiority that we all feel when we beat our brothers, without thinking and beyond all our detailed but covert planning for certain and inevitable success, was only for an ethnic victory that we lost in a familiar. ditch next to the road.

Maybe it was the cleanup I’m looking at today before I drop you off so I can come back when I can and help you with the anvil.

We all walked in the glory of the white male, elevating him as an unattainable god when we ourselves felt small inside and needed an exalted man. We still held him, nurturing the great image of him at least tenderly in our arms, the unattainable, the untouchable golden high gods that I am not, and never was the great Aryan…but spoke daily for him, eloquently. Really, don’t put too much pace on it.

I was a big problem, a big problem: it was the Reichstag. I liked it for its importance, but I really regretted my role as I walked over the dusty lifeless corpses, like a carpet of dry leaves under my low military boots. I regretted all of this as I walked nimbly and carefully over the dead images under my feet, the old black and white photographs, scratched and scattered, of all our efforts to disappear into the higher air, into the ethereal space you have defined, originally as the Z space.

We try and fail as leaders. Now it’s too late to find our eagles, our brave striking eagles that never flew. We are abandoned wolves in search of a dawn, but even so, skinny freedom is better than fat hunger after a night of horrible holocaust.

I looked around the world, longing for your young perspective to help me while I was in power protecting your written tomes during slavery. I needed your humanity to do this, my friend, to stand before the old tomes, our classics, because I knew you wrote those books. I got angry because those are your classics that were stolen and standing in the published volumes, not you, the writer, who still lives without her credit as an author.

For this we will finish everything by itself. I am breaking the bondage you have been locked in. People are reading, all over the world, these classics without their name attached, and the lies must end.

YOUNG INTELLECTUAL: I was told when I walked into the conference room, “Here comes Ronny Reagan” and I had no choice, like you. I was Ronald Reagan, forced to write in his style while he suffered from an induced clubfoot, though to say this might be a product nullification. I also had no choice, with the Star Wars ideology being just a vision I originally thought of as a kid, and wrote for the president to use as he insisted. I ended up being the author of Star Wars, and who would want that? Who would want to be the creative political writer for heaven’s end and limited options for the rest?

SUPERIOR NAZI: It was the strangling vines of apartheid that crawled up my calves, up and hardened into stiff, thick, stiff stems inside my legs. The vines are forcing up and crawling up my thighs and penis, please say penis, and I can barely walk or sit easily these days. I am waiting for the end of my hour.

The real work of the Nazi Party is the reduction of the cost of living and expenses, for life itself, as you said. We have to slow down with technology out of gear. It was golden nettle soup, not the golden ideal we had in mind.

With these words, the Reichsführer-SS walked away, reluctantly putting on his Nazi uniform jacket, staring dully for a minute at the wooden floor of the apartment before leaving. In his presence, the kind and brilliant man became visible as a high-level leader and intellectual in the world Nazi Party, with an almost invisible transition to the subtle expression of cruelty. The skin around the cheekbones of his face tightened in a small, quick movement, and his eyes began to hold the cold gaze of the mighty leader as he walked through the door, away from her one last time.

However, the young intellectual knew that he would finish it, since he had given his word. He had managed to get the hood off her head that very afternoon, the agonizing, suffocating metal hood that was breaking her neck, her heavy head down and dissipating her will to live. After he ordered an officer over the phone to come immediately to remove the hood, and after that man refused to do so, made only a token effort and screeched out of the room as soon as he arrived, the tall Nazi he excused himself with much difficulty, it seemed to take hours, but he said he would remove the chains around his feet and the metal armor of the crusaders around his waist when he returned.

One or two other high-ranking men came and went without helping, just muttering excuses before leaving. The intellectual remembers them well for their helpless refusal to help with the tight, rigid chains of slavery around her young and tender body, a girl’s body, even now a woman’s body. The hot death metal hood was a shroud she had been suffocating in. Her bent neck seemed to snap as she constantly struggled to hold it up and smile at the older Nazi.

For two weeks prior, unnamed leading men removed the politically insignificant symbols of pain on her breasts, though they added their own to her walls. The men were allowed to torture her further in the dry room where she lay in a state of betrayal against the pillows.

Only the older Nazi did, saving her from death. A once powerful minor Nazi, making only a token effort, walked off the young intellectual’s back as he faced him in torture. She still lives, however, inside the feeling of a black shroud of death and breathes with the sound of a harsh, death rattle inside a bondage hood, even though she now walks in daylight and the shroud it is invisible to most. Her feet and legs ache all the time from the metal anvil and braces over the years, the ties that left her crippled.

You never forget the shoes of those who betray you.